The Film Literature Index (FLI), in print or online, functions as an “author-subject periodical index” on international literature of film and television. With over 2000 subject headings and an authority list, FLI annually selects over 500 articles ranging from scholarly to pop culture. The print edition, which ran from 1973 through 2004, arranged its search terms alphabetically in two parts: covering literature in film and then in television. The web site edition, produced by Indiana University, indicating being last updated in 2011, arranges articles alphabetically by subject headings, including some relevant to the user community needs, such including “Preservation Equipment”, “Film Stock”, and “Restoration”. Other forms of arrangement of articles is alphabetically are people’s names, titles of productions or corporate names. This index is a suitable complement to more comprehensive resources listed here.

The introductory page of this index explains, “ARTbibliographies Modern (ABM) provides full abstracts of journal articles, books, essays, exhibition catalogs, PhD dissertations, and exhibition reviews on all forms of modern and contemporary art, with more than 13,000 new entries being added each year. Entries date back as far as the late 1960s.” The focus of ABM is mainly on modern art and the influence of such artists, one of the selected topics included in its scope note include “Conservation and restoration, “ and use of their search tools show autocomplete functionality shows “film preservation” as a subject term. Its currency stated in its scope indicates a monthly addition of materials. 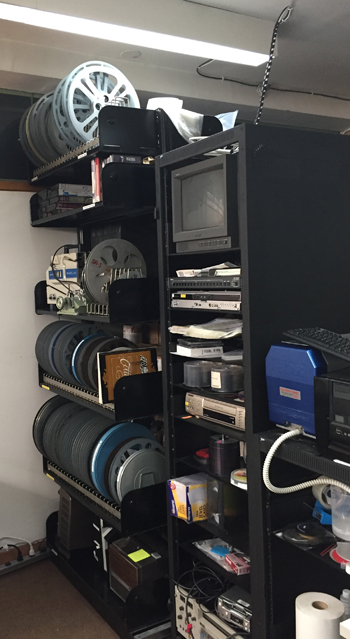