In 1888 there was a terrible snowstorm that hit the east coast called “The Great White Hurricane.” This storm went “down in history as one of the worst natural disasters to befall a major city”  (Pirmann). This snowstorm was so grand that it put the city and most of the east coast at a standstill. In the conditions, no one could drive or get anywhere in the city. It is said that this event is what pushed New York into adopting subways. After this storm, it was determined that the construction of a subway would begin in 1900.

To read more articles about this storm visit newyorksubway.org and History.com

This is the year that air conditioning on trains came into discussion. This was not successfully done until 1967 but this process began in 1966.   During this year, there was a twelve day strike that shut down all subway systems and busses.This year would be the year that the price of riding the train would jump from 15 cents to 20 cents. The next price change would not happen until 1970 where it would jump from 20 cents to 30 cents. 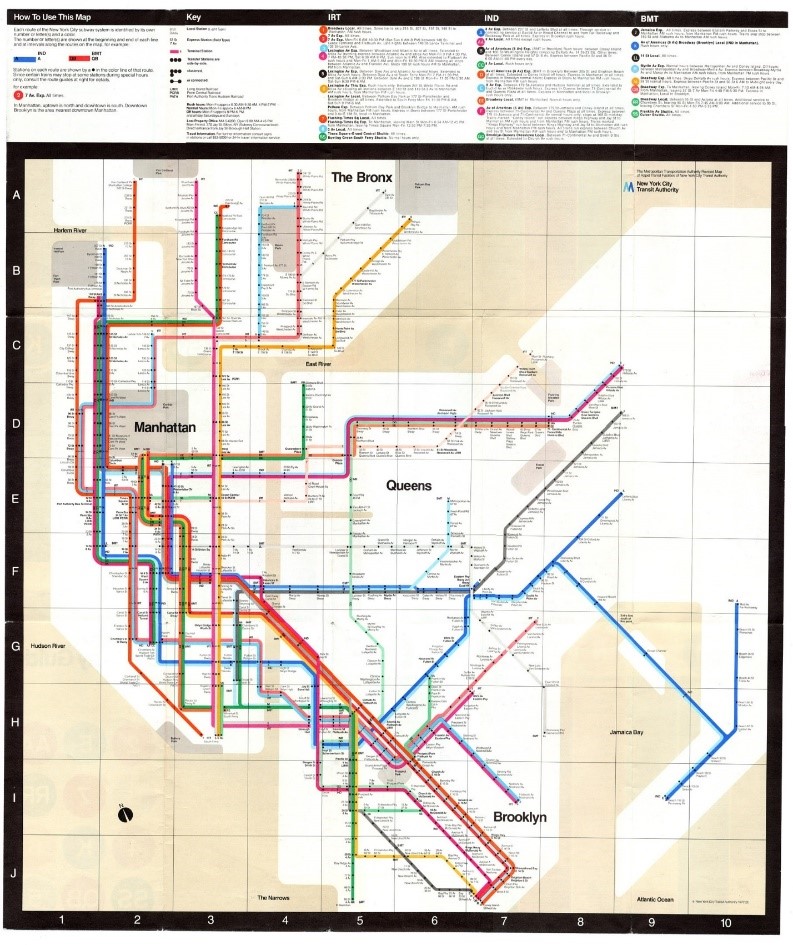 The design of this map was not viewed highly by the community.  The complaints about this map are as listed:

The designer of this map Massimo Vignelli was aiming for clarity in the map instead of accuracy.

Along with a change of map came a change of price to ride the subway. The price went up from 30 cents to 35 cents

The IRT (Interborough Rapid Transit) also known as the Subway proved that railroads can be built underground a busy city. “The railway was to be owned by the city, and built and operated under legislation unique in the history of municipal governments, complicated, and minute in provisions for the occupation of the city streets, payments of moneys by the city, and city supervision over construction and operation” (Pirmann).   During this time, it cost 5 cents to ride the subway. The price to ride the subway would not change until 1948.

Want to know what happened during the first day that the subway was open, click here:

R-12 trains entered the picture on July 13, 1948. The problem with R-12s was that they “could only be run in 8- or 9-car trains” (Pirmann) The next set of cars that began to surface was R-14s. Other models such as the R-12s and R-10 were having problems, which meant a redesign was in order. The redesign of these cars included the emergency brake valves and “rubber in the heavyweight truck suspension” (Pirmann). The R-14 was made with these redesigns in mind.

This was the year that the price of the subway jumped from 5 cents to 10 cents. The next time the price would change for the train would be in 1953 where it would jump up to 15 cents.

New York Times: A Modern Look at the MTA Map

Click here for an interactive experience of the current New York City Subway map. Created by Antonio de Luca and Sasha Protis for the New York Times, this visualization with the current subway map gives highlighted points about how the  current map came to be. Along the way, they also describe some setbacks and issues that still remain on the map.

The Independent Fleet was going to show off new designs for the train. A list of the new designs were: 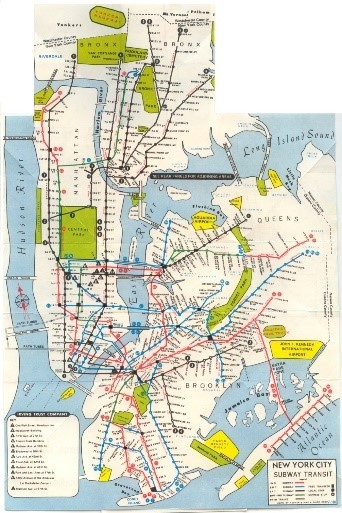 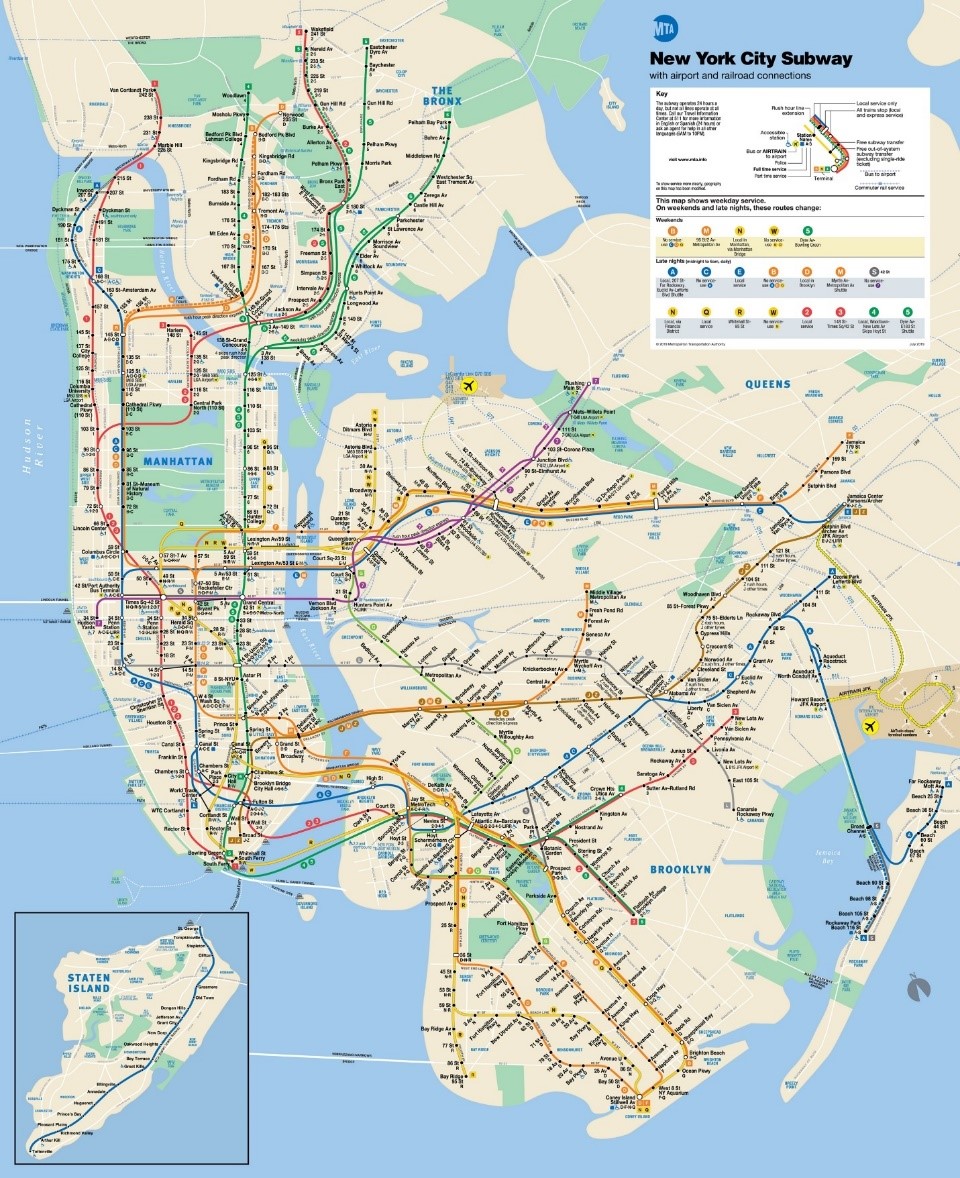