The history of New York Transit hasn't been smooth. Many of the changes that have occurred have been met with controversy and drastic measures, and while problems are being addressed, the future of the MTA is a challenging one.

Decades before the creation of the MTA, much of the difficulty in establishing a connected New York City transit system was competition between companies. In 1913, the Dual Contracts were written with between the Interborough Rapid Transit company and Brooklyn Rapid Transit companies, creating the beginning of a push and pull between public and private spheres for the first half of the twentieth century. During the 1920s, Mayor John Francis Hylan attempted large-scale projects to expand the subway to as far as Staten Island, but still no such line has been built. There are photographs of the mayor holding a silver pickaxe over newly broken ground to expand the tunnels to allow for freight trains to enter into the city via tunnels, but his overall “boorish” attitude towards transit companies hindered his overall expansion of the subway. It wasn’t until 1940, Mayor Fiorello LaGuardia absorbed all private subways, still years prior to the creation of the MTA. In 1948, fare doubled from five cents to ten cents after forty-four years of remaining at the same fare. Due to these battles between municipal and private groups, December 16, 1940 was the last line built for decades, leading to a decrease in ridership throughout the 1940s.

The creation of the MTA didn’t alleviate all of the difficulties faced in the early part of the century. In January 1966, the Transit Workers Union went on strike, demanding a “30 percent hourly increase” among 76 other demands. The strike lasted for eleven days. Fourteen years later, in April 1980 another strike occurred over twelve days, resulting in an orderly but complex shutdown of the whole train system. An estimated $75-100 million was lost due to this strike. Though conditions ameliorated in the 1990s, with Governor Pataki referring to the subway as “a transit Renaissance,” continual diversion of funds from the MTA created financial difficulties for years to come. Another strike occurred in December 2005 when union contracts expired. 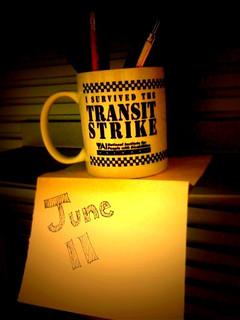 Accompanied with a description of the photographer's commute during the 2005 strike, Wilson made the mug for her coworkers. She commented on the difficulty of returning home in the dark, since the strike took place in midwinter.

In 2017, Governor Cuomo declared a state of emergency for transit and funneled millions of dollars into repair. Though one of the largest systems in the world, just two years ago, the MTA had one of the worst on-time performance of any subway in the world. Another development has been the Second Line Subway, or rather, the continued, delayed, and expensive problems with the proposed line. There have been multiple phases, with phase two still in progress, and with a price of $6 billion, due to fire codes. The historical and current financial difficulties will continue to compound any future progress: currently it will be 2027 when the Second Avenue Subway line is completed. 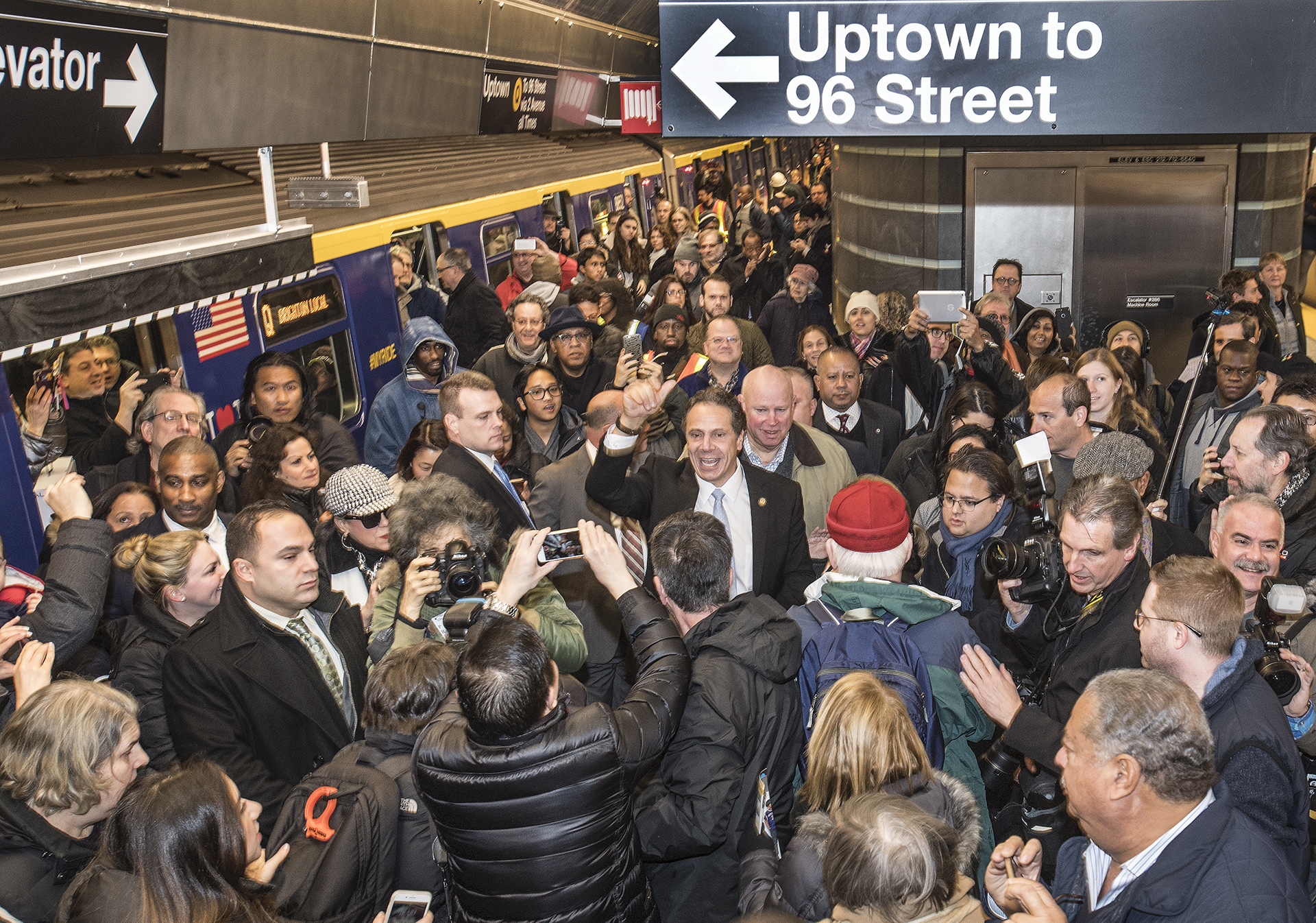 Accessibility and the MTA

A lack of accessibility is a current issue faced by the MTA. Few stations have elevators, ramps, or overall accessible features to accommodate potential riders, and even their Trip Planner website has a feature for checking for whether a certain station's elevator is functional. The Middletown Road subway station in the Bronx recently won a case that under ADA regulations, the MTA must provide renovations to accommodate everyone, barring no costs. The District Court case cited how the MTA had already spent millions of dollars on renovations for the particular station.

The above video illustrates the differences in itineraries provided with and without accessible features on the MTA using the Trip Planner function.