GLAAD
"GLAAD rewrites the script for LGBTQ acceptance. As a dynamic media force, GLAAD tackles tough issues to shape the narrative and provoke dialogue that leads to cultural change. GLAAD protects all that has been accomplished and creates a world where everyone can live the life they love." 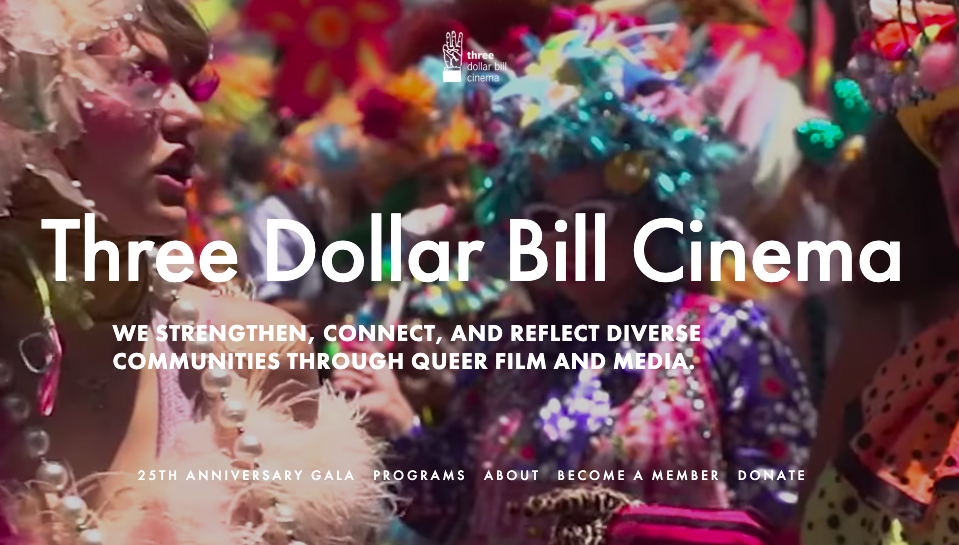 "We provide access to films by, for, and about lesbian, gay, bisexual, transgender, and queer (LGBTQ2+) people and their families, and a forum for LGBTQ2+ filmmakers to share and discuss their work with audiences. We curate themed screenings throughout the year and produce programs in partnership with other arts, cultural, and service delivery organizations in the Greater Seattle area."

"QUEER|ART was launched in 2009 to support a generation of LGBTQ artists that lost mentors to the AIDS Crisis of the 1980s. By fostering the confident expression of LGBTQ artists’ perspectives, stories, and identities, Queer|Art amplifies the voice of a population that has been historically suppressed, disenfranchised, and often overlooked by traditional institutional and economic support systems."

"Presented by HBO, New York’s LGBTQ Film Festival features over 150 films, panels and parties, and attracts over 13,000 attendees from around the globe every October. Our annual celebration of the year’s best LGBTQ film and media has grown to become a vital part of New York City’s cultural landscape, and one of the world’s premier gatherings of LGBTQ filmmakers and artists."

"The mission of Out on Film is to inform, entertain, educate, and enrich the LGBTQ culture by showcasing films by, for, and about the LGBT community and its allies." 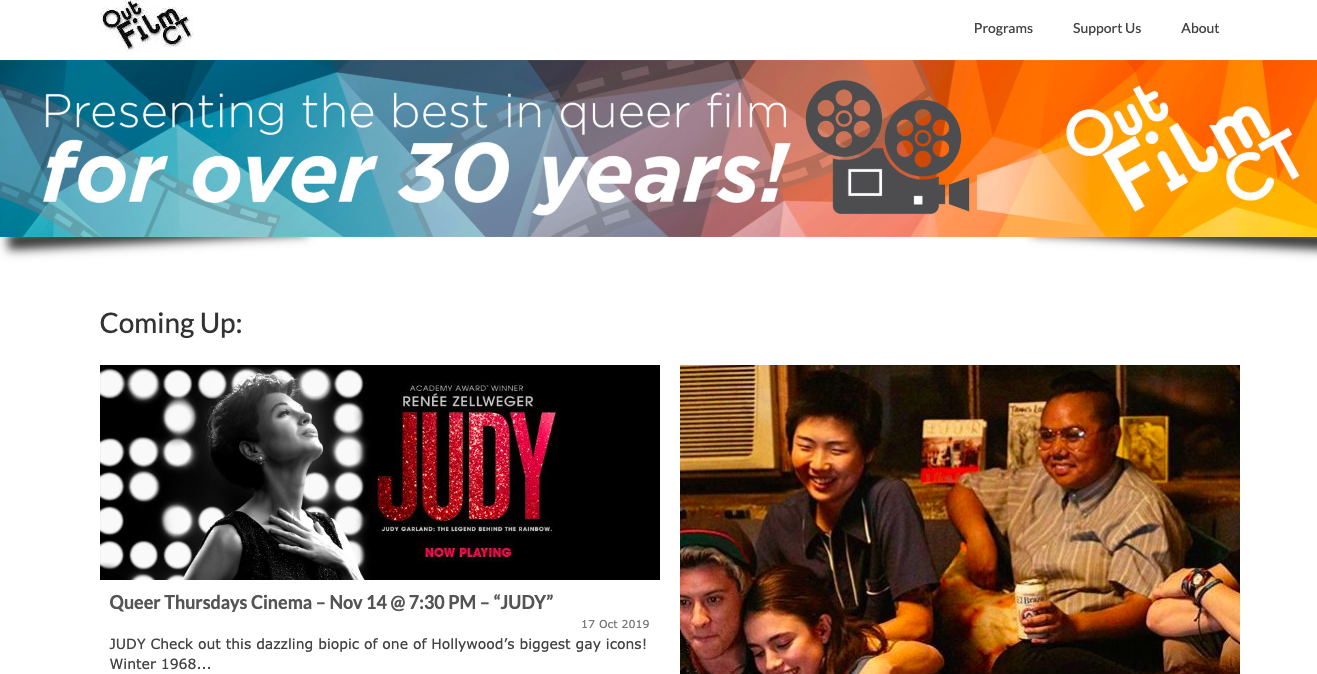 "Out Film CT is a volunteer, nonprofit cultural organization dedicated to presenting outstanding LGBT cinema and other theatrical events throughout the year, culminating in the nine-day Connecticut LGBTQ Film Festival. This springtime event, Connecticut’s longest-running film festival, holds a special place in our state’s cultural landscape, bringing the community together to introduce, celebrate and rediscover the ideas and values that make the LGBTQ community unique. Out Film CT also presents the monthly Queer Thursdays film series in partnership with Cinestudio, usually shown on the second Thursday of each month."

"We are proud of our 28-year history of sharing LGBTQ culture and promoting awareness to the greater Sacramento area through an annual 3-day film festival and other cultural activities throughout the year."