The United States government maintains the National Archives and entities, departments, and commissions dedicated to constructing, preserving, and providing access to cemeteries and monuments housing and commemorating deceased U.S. veterans. The National Archives and their National Personnel Records Center maintain the bulk of extant, non-active government records relating to military personnel and actions. Some of these records can be consulted in-person or requested as copies. The national cemetery system, and other veteran cemeteries and monuments provide spaces to visit and collect information from grave markers and plaques.

One-stop searching for all pages and catalog records hosted on Archives.gov.

Case files relating to missing aircrafts and their crew. Information found within may include each crew member’s name, rank, service number, names and addresses of next of kin as well as conditions relating to the crash including cause, weather conditions and visibility, type and model of aircraft and its engines, weapons installed and their serial numbers, place of departure, flight plan, and assigned air forces organization. Crew outcomes including rescue, POW, and death may be indicated if available at the time of the report. 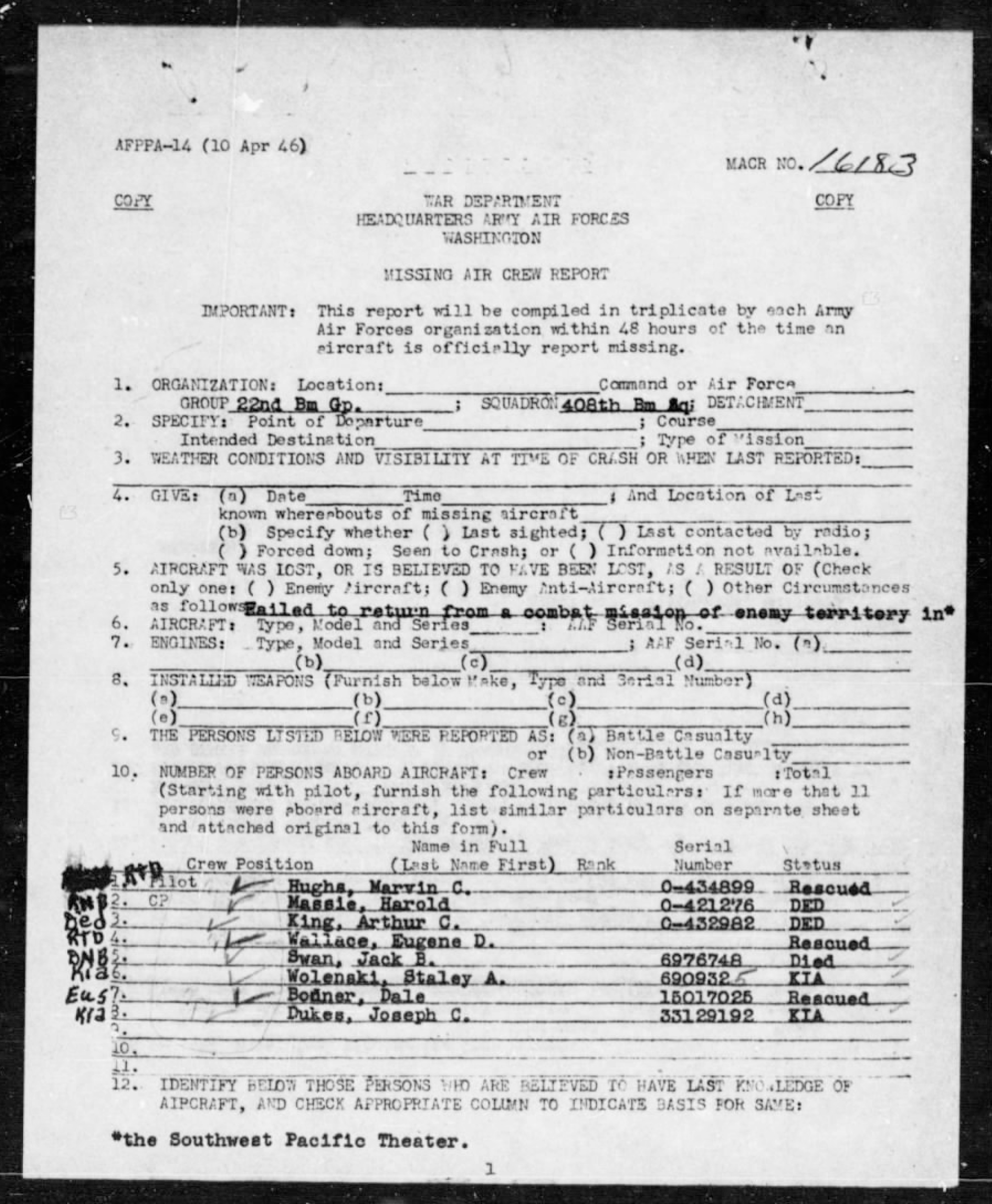 List name, rank, serial number, and type of casualty for all Army personnel who were killed, died or remained missing between May 27,1941 – January 31, 1946. Arranged by state, county, and alphabetically. Created by the Strength Accounting Branch, Administrative Services Division, Adjutant General’s Office, Department of War.

List lists name and rank of Navy, Marine Corps, and Coast Guard personnel who died on active duty, December 7, 1941 – September 1945. They also include the name, address, and relationship of each individual’s next-of-kin. These lists omit deaths by homicide, suicide, and disease. Created by the Bureau of Naval Personnel of the Department of the Navy, they are arranged by state, category (including combat dead, missing, wounded, died in prison camps, and released prisoners of war), and alphabetically.

NCA resources for veterans, their families, and the general public. This guide provides links to locate cemeteries and graves. The NCA maintains 131 National Cemeteries and other burial grounds.

The NGL database provides burial locations for veterans. The database covers those buried in national cemeteries, state veteran cemeteries, other National Park Service and military cemeteries, and private cemeteries (where the grave is marked with a government grave marker). 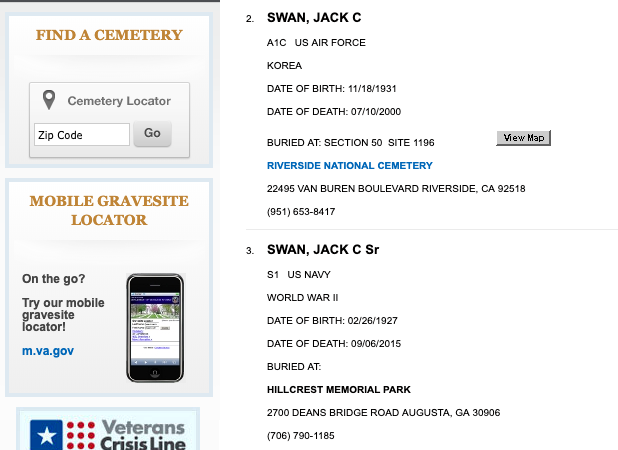 A comprehensive list of national cemeteries denoting the year established and first burial.

Records may be missing or incomplete due to a 1973 fire at NPRC. A full record of the event and the estimated losses can be found at https://www.archives.gov/personnel-records-center/fire-1973.

Request Military Personnel Files for veterans who separated from service before 1957. Information needed to locate military service records includes the veteran’s full name as used during service, service number, branch, date and place of birth, and dates of service. Additional information, such as place of enlistment, last assigned unit, and place of discharge may be required.

Full records of in individuals who left service less than 62 years ago are non-archival and may be requested by the veteran or next-of-kin by mail or online using eVetRecs (https://vetrecs.archives.gov/VeteranRequest/home.html). NPRC will only release limited OMPF information to the general public for non-archival records.