This guide provides rock climbing enthusiasts and professionals information resources on how to learn new climbing techniques, how to use new gear, cross training tips, and where to climb.

What do Rock Climbers Need to Know?

An Introduction to Rock Climber's Needs

Rock climbing as a sport started in Europe in the late 19th century; however, the styles of climbing that most people recognize today—bouldering, sport, and traditional (trad)—developed in the United States in the late 20th century. For the sake of scope, I am containing my user group to rock climbing enthusiasts and professionals based in the United States but recognize that there are many other potential users who climb from time to time or who are located in another country. When I say enthusiasts, I mean people who climb consistently, usually about once a week or more, and when I say professionals, I mean climbers who are either guides, instructors at gyms or outdoor recreation programs, and/or elite climbers who are sponsored by companies and climb at competitions. Many of the information is geared toward beginner climbers with the hopes that they can find resources to improve their climbing while professional instructors and coaches can use these resources to help teach beginner climbers. I found one article that approximates the population of climbers in the United States to be 9 million in 2009 (Barber, 2009); however, with the recent decision by the International Olympic Committee to include rock climbing in the 2020 Olympics, many anticipate the rock climbing community to expand.

While information needs are important to consider for rock climbing due to its technicality and risk of danger if done incorrectly, it is also important to consider the format that the information is presented in because many climbers do not have access to internet or battery-powered devices while climbing. Because of this, considering how information can be presented in different forms to provide different ways of access is vital. For example, a video of how to clip in to a sport route might be helpful for a climber to watch exactly how it is done but a book may be more appropriate because they can put it in their backpack and not have to worry about having service or enough battery to access the video when necessary; diversity in format is key for climbers to have their information needs met.

For most climbers, their needs are defined by their preferred style of climbing. As stated previously, the three styles of climbing are bouldering, sport, and trad climbing. With this being said, there are some in the community who feel that there is an important distinction to be made not only between these styles but also if people are climbing indoors or outdoors.  For example, climbers who boulder do not need to use gear but for the other two styles (sport and trad) different gear is used and some would use certain gear outdoors but never indoors.  Sport and trad climbers need to learn about the different types of equipment, from harnesses to quickdraws to anchors to different belay devices, etc. Not only do they need to learn what the different types of gear are offered, but they also need to learn proper placement techniques in order to know when to use what gear or how to move their body in a certain way while placing gear. Because of this, how to manuals, such as Falcon Guides, are an often-used source for members of the rock climbing community.

No matter the style of climbing, all climbers need certain resources, such as geographical guides for finding either different outdoor climbing regions or for rock climbing gyms, training guides to learn movement techniques, and tools to find up-to-date safety protocol.  Other general information that could be useful to climbers are lifestyle tips including diets, physical conditioning, cross training programs, and safety protocol.

Not only is information on how and where to climb necessary but also how to make it to the location. For instance, many climbs are in remote areas so information on access to routes, whether it be by car or hiking, is necessary to know before a climber goes out. Not only do they need to know where the routes are, but also the difficulty, or grade, of the route to see if they are prepared to climb it. If the climbers are sport or trad climbers, they need to know how long the route is so they have the proper length rope and enough anchors to set along the way. It is very easy to get hurt while rock climbing if safety protocol is not properly followed, so accessible information on what to do or not do in order to stay safe is important. This could include tips to maintain focus, how to use gear properly, how to train in order to prevent injuries, and how to spot climbers.

Because climbers need to know where routes are and what their grades are, guide books are frequently referenced sources. There are also several channels on YouTube that climbers can watch to learn things such as climbing moves, how to tie different knots, or certain exercises to train muscles often worked while climbing. Because there are so many different techniques to be learned in climbing, manuals are a popular resource for climbers in order to advance their skills. Other not so obvious resources, such as a radio with weather reports or skin care tips to help treat callouses or protect against extreme elements are important as well.

Many climbers feel that they belong to a subculture, as can be seen by the group of climbers who decided to live in Yosemite Valley during the 1970s to dedicate themselves to climbing. Because of this, there is a strong sense of a shared culture amongst climbers. There are many climbing magazines that climbers read to update themselves on recent accomplishments by top climbers, to inform themselves on popular discourses and ideas being shared, to read about recently established routes, and to update themselves on ethical issues surrounding climbing, such as the hazardous side effects from chalk mining or the environmental damage of fragile ecosystems from heavy climbing traffic in state and national parks.  Not only are there magazines, but also documentaries, Instagram accounts, YouTube channels, and podcasts dedicated to the culture of climbing. 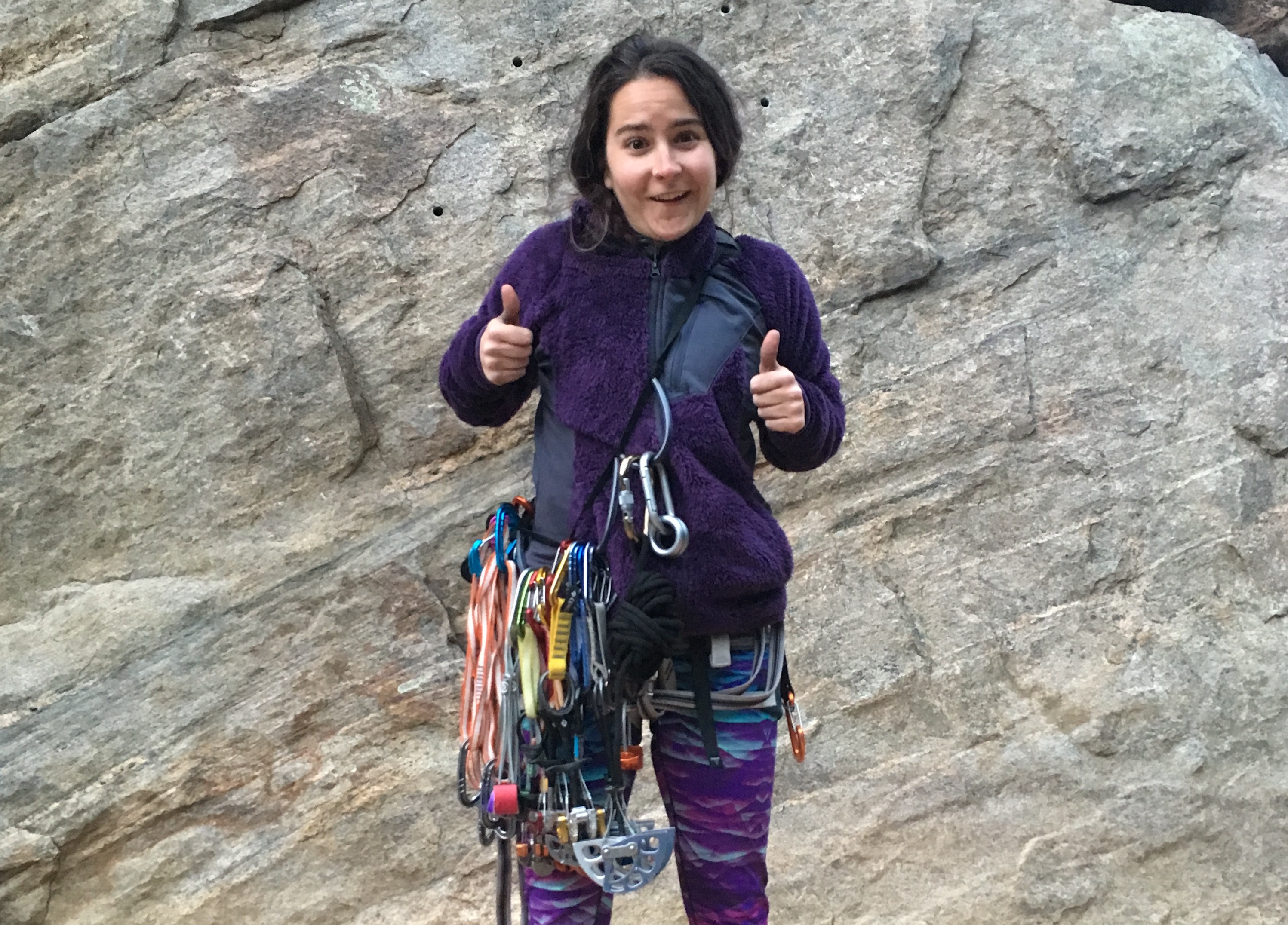