Racism and the Chinese-American Experience: Representation in Pop Culture

This guide aims to contextualize the racism experienced by Chinese-Americans. 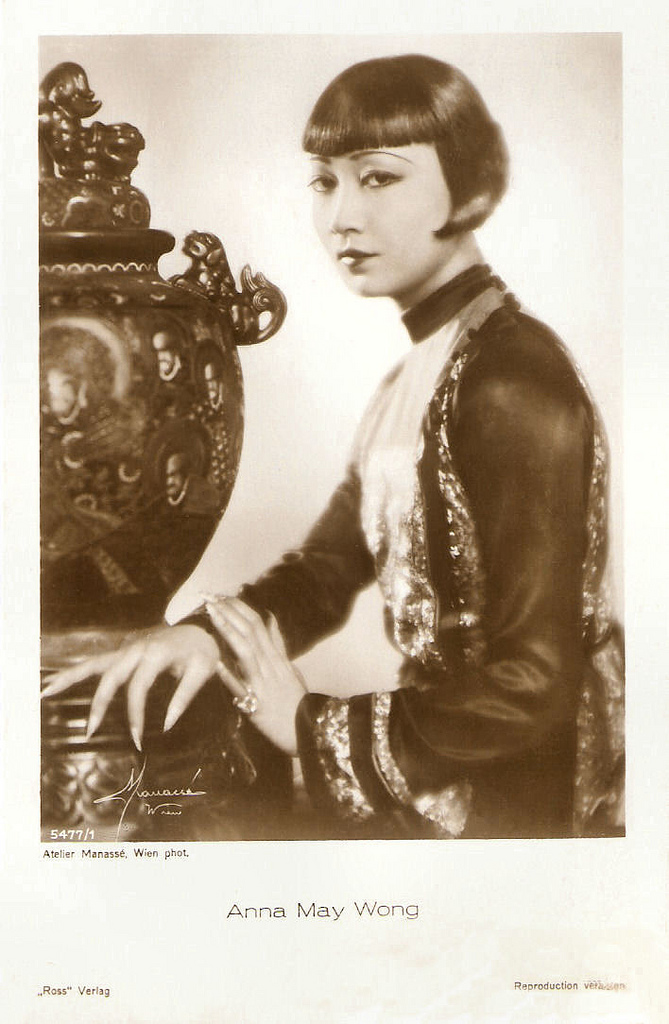 Anna May Wong was cast primarily as either Lotus Blossom/China Doll or Dragon Lady tropes throughout her film career. Her career was severely limited because of Anti-Miscegenation laws which made interracial relationships illegal. This was upheld in Hollywood through the Hayes Code which forbade any onscreen interracial romances. This meant that if no Chinese leading man could be found Wong was to always play a supplemental role. 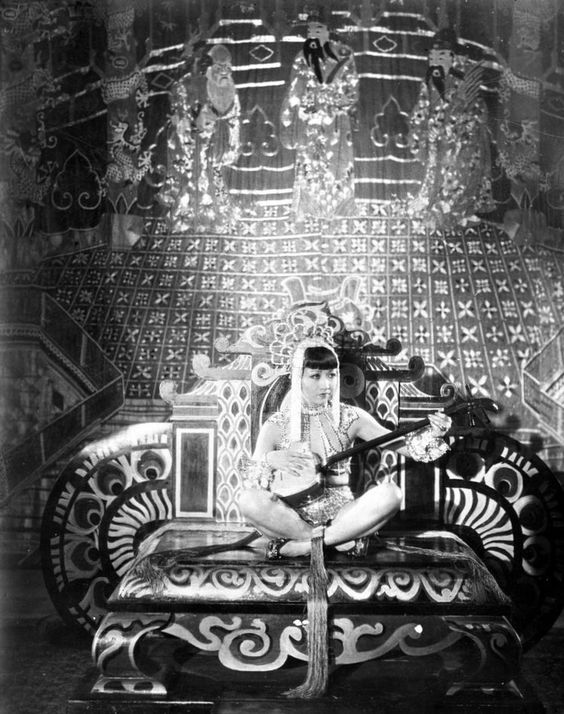 Anna May Wong as Hai-Tang. This movie was released in 1930 in three different languages under different titles. French as Hai-Tang, German as The Road to Dishonour and in English under The Flame of Love.

The story is simple in that two men fall for the same woman, Hai-Tang. The Yellow Peril Orientalism comes in that both men are ruined by their love for her. 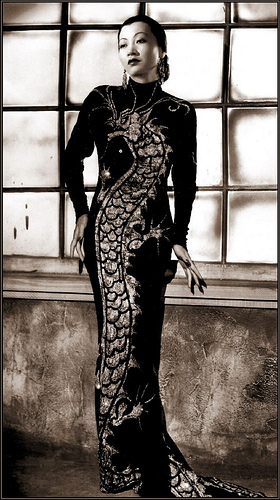 The story revolves around rival gangs in London's East end. Harry Young, a Chinese gangster, owns a night club, The Lily Gardens, that he uses to hide hs smuggling operations. Wong plays the seductive Tu Tuan who is Young's partner and the club's exotic attraction. Young begins to fall in love with a rival mob bosses young white daughter who tries to free herself from a life of crime but is drawn back in by the lecherous Young.

The movie is an excellent example of the the hurtful and stereotypical movie tropes that were rampant in the 1930s and 1940s of Chinese Americans as ruthless, untrustworthy and criminal. 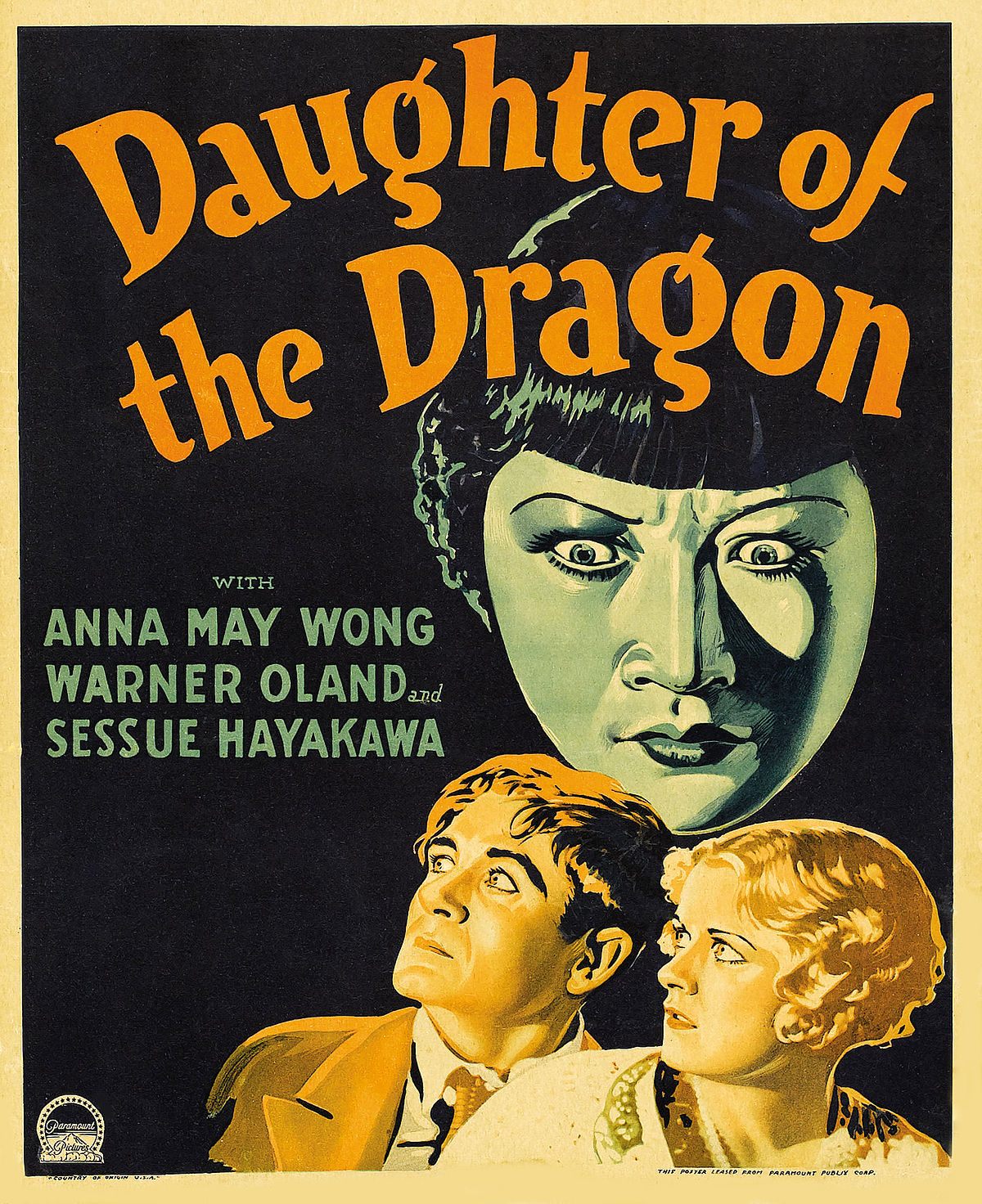 Anna May Wong movie poster for Daughter of the Dragon released in 1931 to capitalize on the best selling book of the time, The Daughter of Fu Manchu by Sax Rohmer.

This film is another excellent example of Yellow Peril as a story line and as a character. Wong plays Princess Ling Moy an exotic Chinese dancer and learns that she is Fu Manchu's daughter who must seek revenge on the two main white characters.

Also at play in this film is a twisting of the Confucian concept of filial piety and the Yellow Peril Character's use of his daughter as a seductive puppet for his bidding. 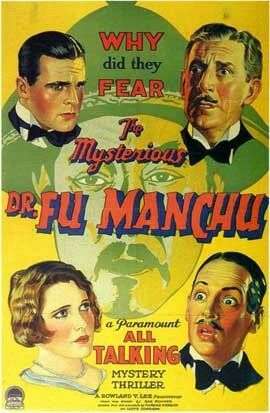 The first movie appearance of Fu Manchu played by Warner Oland, a Swedish-American, who went on to have a prosperous movie career playing Yellow Face. With characters such as the Chinese detective Charlie Chan and the villain Henry Chang in the high drama Yellow Peril film Shanghai Express with Anna May Wong.

"Imagine a person, tall, lean and feline, high-shouldered, with a brow like Shakespeare and a face like Satan, a close-shaven skull, and long, magnetic eyes of the true cat-green. Invest him with all the cruel cunning of an entire Eastern race, accumulated in one giant intellect, with all the resources of science past and present, with all the resources, if you will, of a wealthy government-- which, however, already has denied all knowledge of his existence. Imagine that awful being, and you have a mental picture of Dr. Fu-Manchu, the yellow peril incarnate in one man." 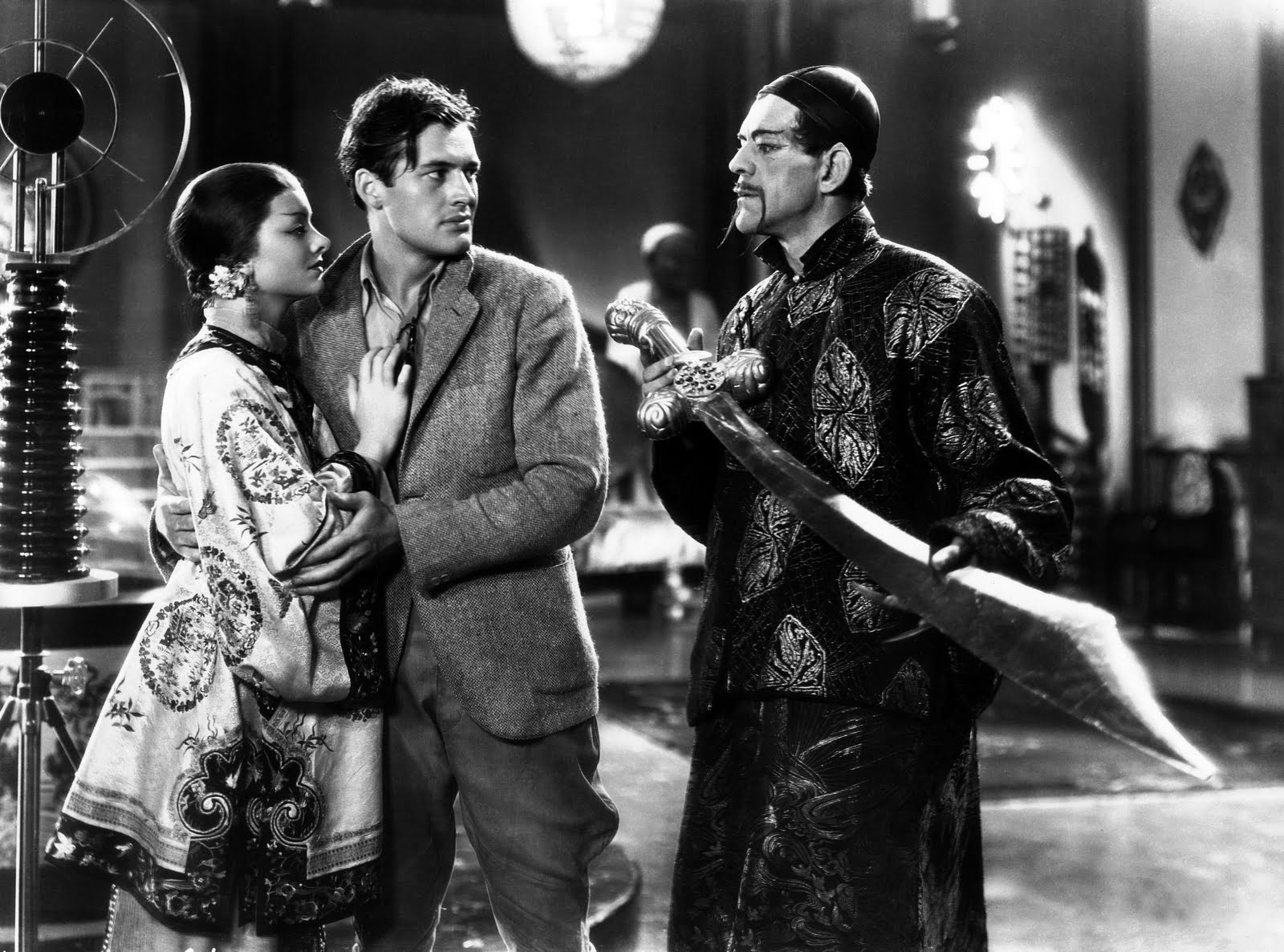 Still from the 1932 pre-code The Mask of Fu Manchu directed by Charles Brabin. Fah Lo See (Myrna Loy) is on the left with Fu Manchu (Boris Karloff) on the right.

During its initial release, The Mask of Fu Manchu was criticized by the Chinese government, and the Chinese embassy in Washington launched a formal complaint against the film for its hostile depiction of the Chinese. The speech where Fu Manchu tells his followers to "Kill the white man and take his women!" was singled out for strong criticism. (Wikipedia) 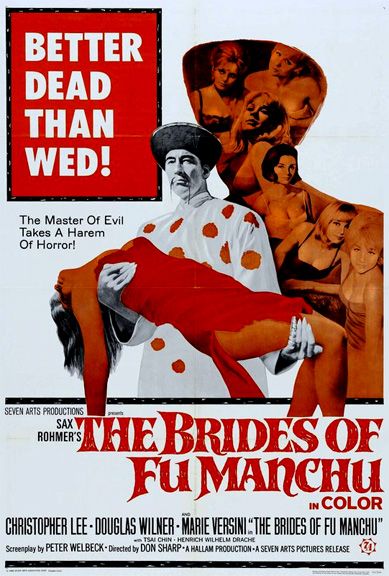 Movie poster for the 1966 British release, The Brides of Fu Manchu . This is the second movie in the 60's British remakes of the Fu Manchu series starring Christopher Lee in Yellow Face.

The plot is rife with Yellow Peril topes: with the help of his daughter, Ling Toy, Fu Manchu has taken hostage all of the daughters of the worlds most prominent scientists. He threatens to kill them, or marry them, unless the scientists to help him build a death ray so he can take over the world. 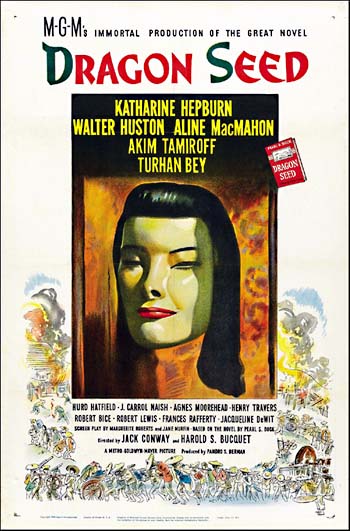 Based on the book by Pearl S. Buck, The Dragon Seed is set in 1944 during the second Sino-Japanese War in a Chinese village that has been invaded by the Imperial Japanese Army.

This film is an example of Yellow Face, where a white actress is made up to look Asian. Katherine Hepburn's face on this poster is literally shaded a yellow-green. 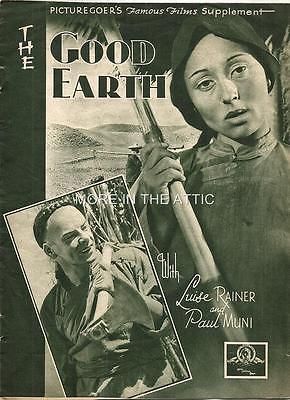 The Good Earth may be the most well known Yellow Face movie. The film is adapted from Pearl S. Buck's Pulitzer Prize and Nobel Prize winning novel of the same name.

Buck and Irving Thalberg, producer, had intended the cast to be all Chinese or Chinese American actors. However, they decided American audiences would not see a film with foreign actors and instead used white actors in Yellow Face. On this cover of a British photomagazine, you can see the heavy make up and prosthetics used to give white actors an "asian look" with slanted mono-lid eyes. 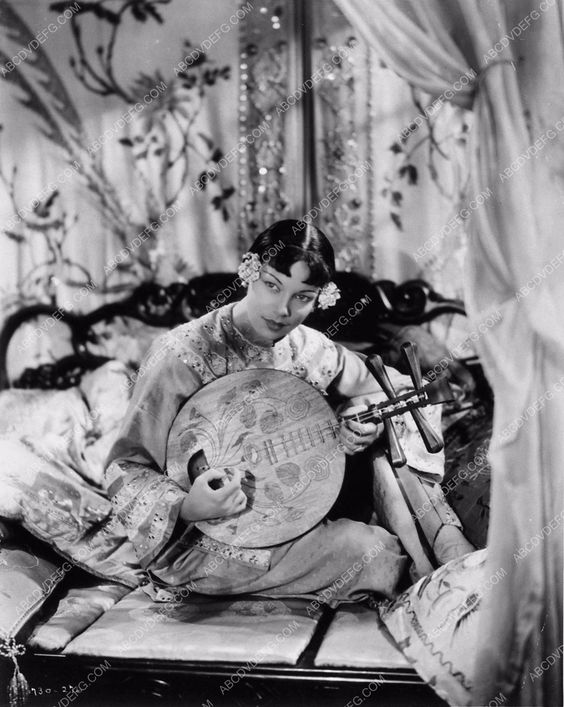 Tilly Losch (a white woman) plays Lotus, a dancer at a tea house, whom Wang Lung takes as a second wife. She is considered the only true villian in the movie, harshly treating O-Lan and eventually seducing her youngest son.

Initially, Anna May Wong had been set to play O-Lan, the main character who was eventually played by Luise Rainer, but due to the Hays Code she was instead asked to play Lotus. She turned down the role famously saying, "You're asking me – with Chinese blood – to do the only unsympathetic role in the picture featuring an all-American cast portraying Chinese characters." Quan, Kenneth (9 January 2004). "Profile of Anna May Wong: Remembering The Silent Star". Asia Pacific Arts. University of Southern California. Retrieved April 21, 2018. 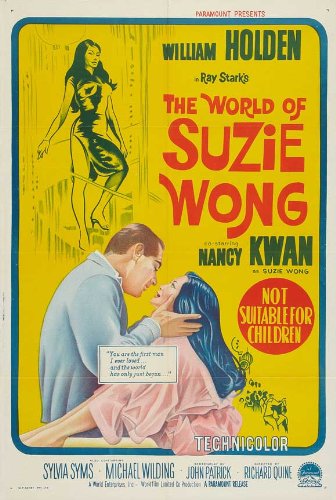 The World of Suzie Wong is a film from the 1960s that exemplifies the China Doll trope, a semi-sinister, yet beautiful girl down on her luck who needs to be saved. 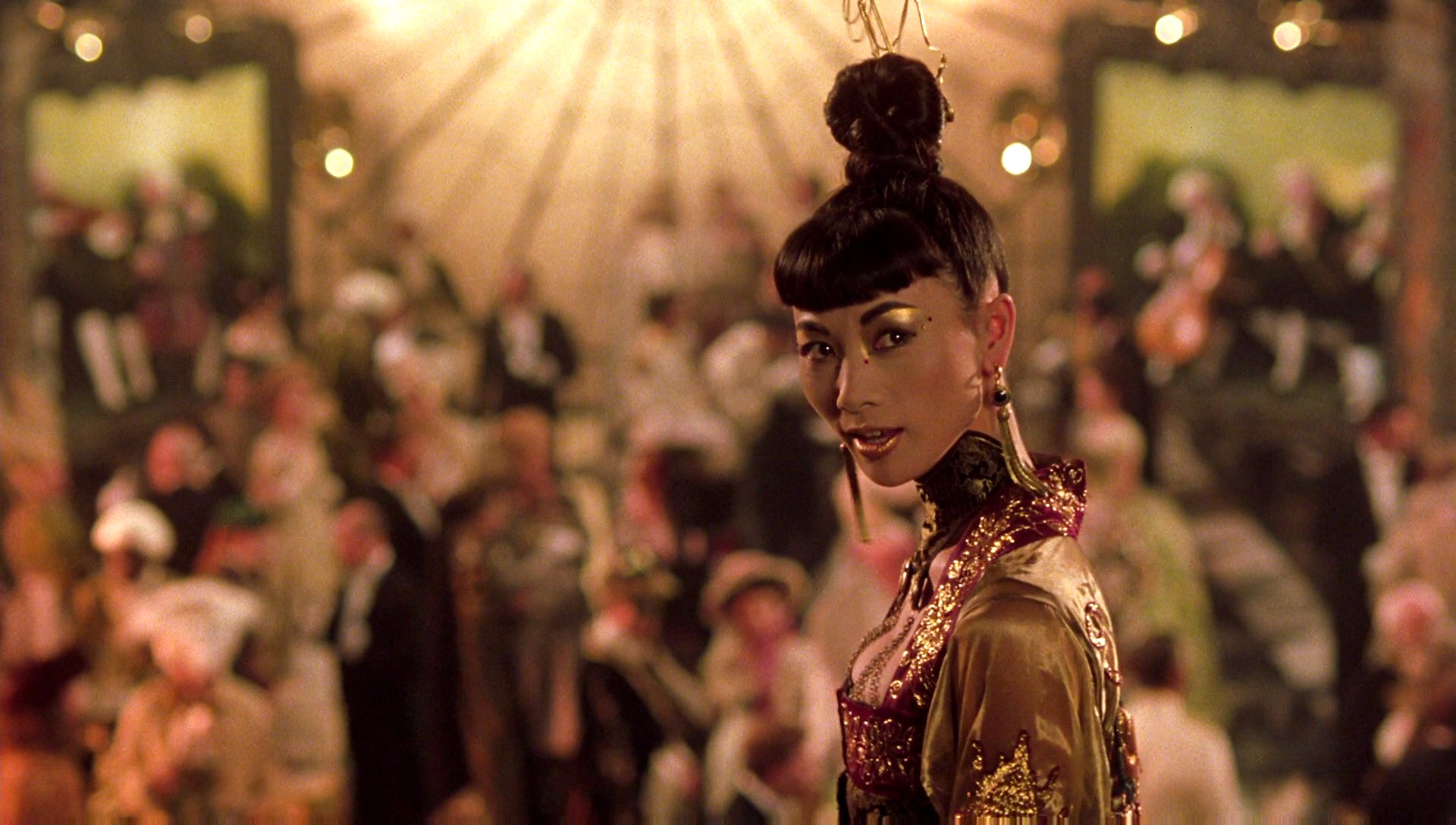 Miss East, played by Bai Ling, serves as one of the four hench-women to the movies main villain Dr. Loveless. She is the exotic seductress Dragon Lady trope. 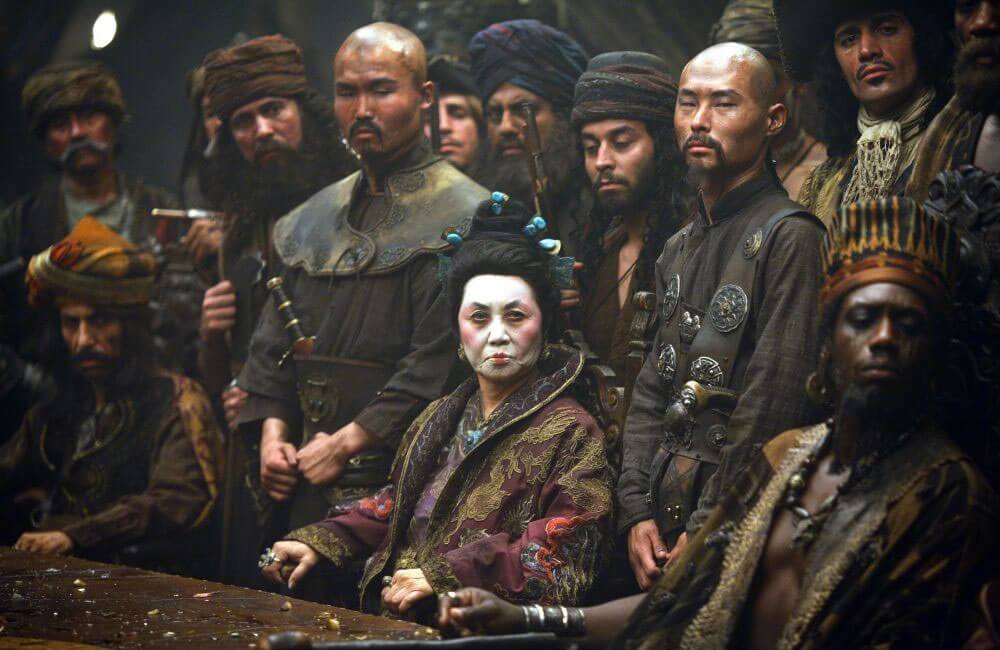 The pirate lord Mistress Ching Pirates of the Caribbean: At World's End (2007) played by Takayo Fischer. A highly stylized and exaggerated character is based off of the real life Ching Shih.

Common Stereotypes and Tropes used in TV, Film and Literature