Racism and the Chinese-American Experience: History

This guide aims to contextualize the racism experienced by Chinese-Americans.

The idea of an "unassimilable" race became a common argument in the exclusionary movement against Chinese Americans. In particular, even in his lone dissent against Plessy v. Ferguson (1896), then-Supreme Court Justice John Marshall Harlan wrote of the Chinese as: "a race so different from our own that we do not permit those belonging to it to become citizens of the United States. Persons belonging to it are, with few exceptions, absolutely excluded from our country. I allude to the Chinese race." --Wikipedia 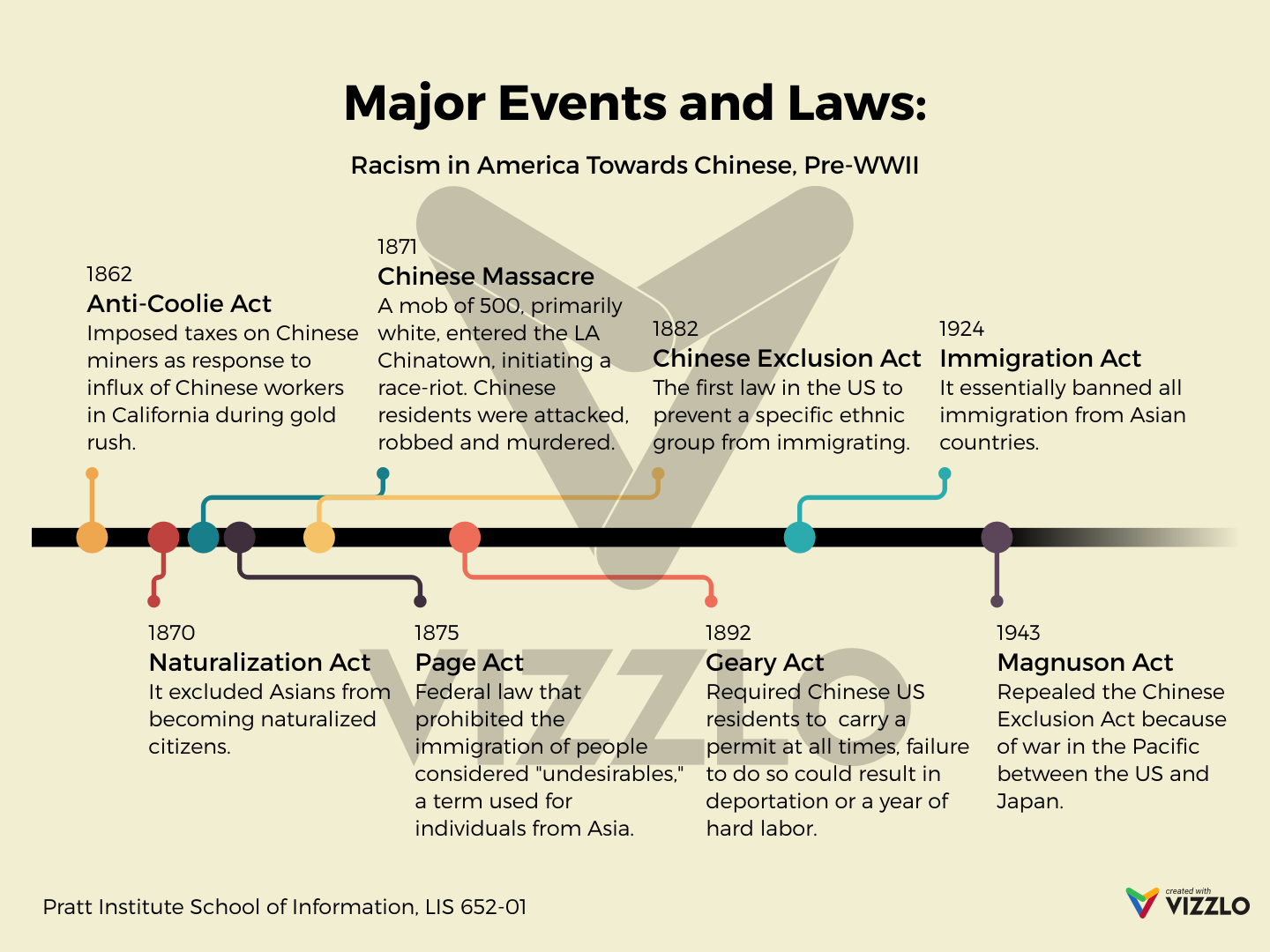