The Curious Teenager’s Guide to Islam: Muslim Experience in America 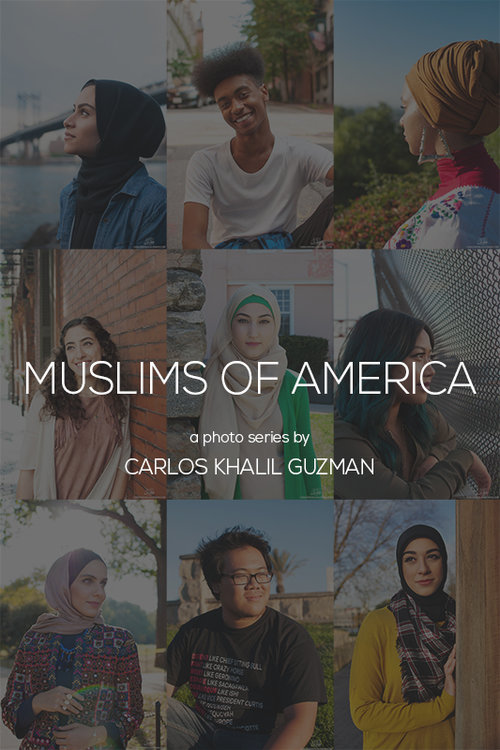 A series by New York based photographer Carlos Khalil Guzman, Muslims of America, has been featured on NBC and the Huffington Post.   Guzman describes the series as:

Muslims of America” is a photo series dedicated to capturing the diversity of the Muslim community in the United States and bringing to light the beauty and truthfulness of Islam while countering Islamophobia. Mainstream media has and continues to spread a culture of fear and intolerance against Muslims all across the country. This project was born to change that and more, to give Muslims a voice and reclaim our narrative. One of the goals of this project is to show that we, Muslims have been an integral part of American society since the beginning with African slaves being some of the first Muslims to reach this land. We are your neighbors, coworkers and classmates. We come in all shapes and colors. We are teachers, artists, athletes, doctors, librarians, and every other profession you can think of. But more importantly we are human beings; we have dreams and aspirations and we are as much “American” (for lack of a better word) as every other person living here.

The project consists of portraits of Muslim Americans accompanied by their favorite ayah –verse- from the Qur’an or a hadith -recorded sayings of the Prophet Muhammad- (Peace be upon him) along with a short reflection as to how Islam has helped them become better human beings. It features Muslims from all walks of life, women, men and gender non-conforming folks. Muslims across all 50 states from different ethnic backgrounds and professions reflecting the diversity and history of Turtle Island now known as The United States.

I invite you to explore our community's diversity and get to know us and Islam through our stories.

If you are Muslim and would like to be part of this project email me using the form on my contact page OR direct message me on instagram: carloskhalilguzman for more details. Feel free to tag family and friends.