This page attempts to explore the correlation between knitted practices and activism. Most major historical "activist" knitting movements on this page surround the question of work and address the role of femininity during war and draws the conclusion that domestic work was the only available effort for women. However, in the 21st century, radical knitting is led by people who use platforms like Instagram to start a conversation of whiteness within the community.

Of all the crafts represented in this guide, knitting is by far the worst offender of subverting marginalized voices with conversations surrounding race and sexuality only recently coming to the forefront of the conversation. This page attempts to highlight artists and influential activists that are pushing  conversation while acknowledging that this page is not a complete overview. There are communities and individuals, whose stories are not recognized by the entire knitting world nor that the author is privy to. This guide encourages people to explore the resources (here and the larger global community) to find conversations and meetings that are otherwise expressed. Included on this page are resources of activist minded knitting groups in the United States, books about knitting history and craft, as well as highlights of contemporary artists who are pushing deeper conversations surrounding inherent inequality and elitism within the craft.

Resources for knitting in NYC

Starting off list of shops and groups in the New York area with a focus on creating a more inclusive and activist space for makers.S

In January of 2019, a knitter and small business owner Karen Templer, wrote on her blog that 2019 would be her "year of color." In the post, Templer wrote about how excited she was to visit India because she has always been "fascinated" with the country and likened the upcoming trip as "like being offered a seat on a flight to Mars." Templer is a white, middle aged woman operating a somewhat profitable business at the time. The blog post sent shock waves through the knitting world causing mass comments surrounding Templer's "racist" and "insensitive" views. Ironically most of the harshest criticism came from other white women. The post and subsequently backlash picked up momentum and started a conversation, that has always been present in the knitting community, yet was only felt by few. Since then, more and more community pages have sprung up on Instagram while prominent knitters (both BIPOC and white) have taken to Instagram to show support and highlight past experiences where they have felt marginalized. At the end of the day, most BIPOC felt as Grace Anna Farrow wrote, “like the conversations were happening and they just weren’t getting attention, or they were in pockets that were so separated that you could conceivably ignore them all.” (Vox, 2019)

Knitting has always been seen as a primarily white hobby. Yet, the most famous knitting picture in history is the 1864 photograph of Sojourner Truth holding her knitting. The photograph has the phrase "I sell the shadow to support the substance," a message refering to the practice of abolitionist using photographs of the plight of slave to raise money for hte antislavery cause. The addition of knitting within the photograph put craft work as a catalyst for that change. Truth traveled to refugee camps fo freed people where she taught knitting, sewing, and cooking as a means to promote self-sufficiency and financial independence.

Now that the conversation has become more apparent, crafters have taken up projects and started resources for bringing conversation about race to the forefront of the community (some are highlighted on this page). More people are highlighting BIPOC designers, makers, crafters are being recognized as well as conversations surrounding race are being held at larger knitting fairs, including Vogue Knitting Live and the Sheep and Wool Festival in Rhinebeck, New York.

One of the most historical instances of activist knitting occurred during World War II with large campaigns across the world of knitted goods. Targeting women, these campaigns called on women to "knit their bit" and create everything from socks to amputation covers for soldiers overseas. There was even instances of knitting patterns being used to pass secret messages throughout he war.  Viewed as a traditionally passive and domestic task,  knitting during the war took a feminist turn as women challenging the narrative of knitting and the domesticity of the craft in response to the war effort.

The video clip below is from the 1943 film, Mr. Lucky, starring Cary Grant and Laraine Day. The comical clip highlights how much knitting played a part during the war effort and how much of that effort was placed upon women. In the clip, Laraine Day clearly rebuts Cary Grant's offhand comments staying "we're people [women] who won't be able to get into the actual fighting. We resent that fact. So we take that resentment out and doing our best to help." This clip shows how gendered the craft had become in the 1940s and sparks a longer conversation surrounding the continued gendered nature of crafting.

This is a starting point of projects with strong online presence that are committed to building a more inclusive and conscious community. 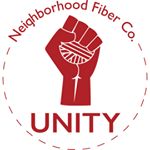 Ravelry was long considered the social network for knitters, yet recently instagram provides a more direct and inclusive space for knitters/fiber enthusiasts. Here are a few accounts of some amazing people that are starting conversations about inclusivity and activism within the world of knitting. 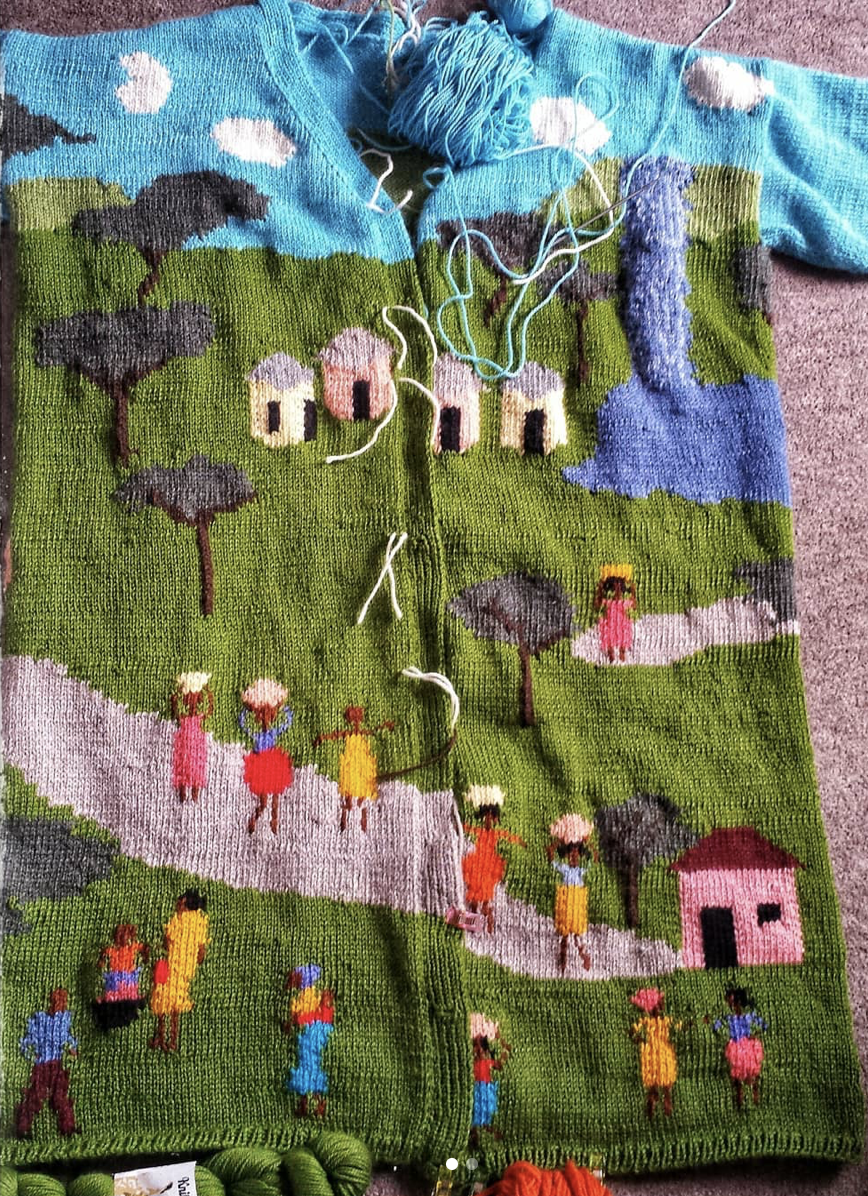